Due to the Corona crisis Kablitz is also subject to restrictions. Nevertheless we try our best to answer your inquiries as soon as possible.
All your contact persons in the different departments can be reached by phone and email as usual. We are also available for video conferencing.

Extension of the production hall

Kablitz has developed outstandingly in the last years and looks positively into the future. In order to have sufficient capacities also in the future, Kablitz has invested in its production.
Today Kablitz has finally put the extension of the existing production hall into operation. The available working area was tripled.
Furthermore 5 new bridge cranes were installed, among them the biggest in the region with a load capacity of 50 to. This will enable indoor loading of grates and heat exchangers onto trucks in the future.
With this investment in Lauda Kablitz shows its connection to the region and prepares for the future. 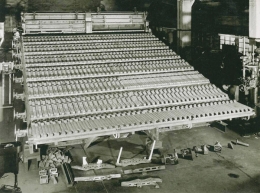 With some personalities from the Baltic industry, Richard Kablitz founded the “Rigaer Gesellschaft für Oekonomie der Dampferzeugungskosten und Feuerungskontrolle” (Rigaer Society for Economy of Steam Generation Costs and Heating Control), a company that aimed at constant improvement in the efficiency of steam generation plants. 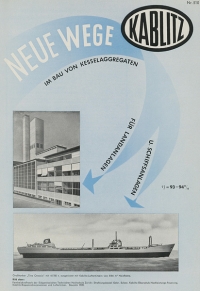